The Main Gallery hosts one of the two permanent exhibitions of the museum, The Vargas Collection, which comprises a fraction of the art collection of Mr Vargas, and is divided into four themes: Light (Liwanag), which features the works of the pioneers of Philippine art from the nineteenth century; Province (Laan), with works that trace the idealization of the countryside in the beginning of the country’s American colonization; Unease (Ligalig), which includes works that evoke the atmosphere of the Pacific War, the peak of Fernando Amorsolo’s career, and the sharp disparity between the social classes; and Passage (Laya), which displays works that explore the emergence of modernism.

In each section, works of contemporary art are curated to prompt a conversation with the pieces from the collection; this includes works by Adjani Arumpac, Poklong Anading, Roberto Feleo, Alfredo and Isabel Aquilizan, Renan Ortiz, and Stephanie Syjuco. Works by Paul Pfeiffer, Mark Salvatus, and Cocoy Lumbao had been presented previously.

Within the Vargas Collection is a smaller exhibition titled Track Changes. This exhibition makes use of materials culled from the archives of the museum, and specifically ventilates the works of Aurelio Alvero (nom de plume: Magtanggul Asa), who helped Mr Vargas build his collection, and Guillermo Tolentino, a classical sculptor who was invested in the occult, the ancient syllabary, the National Hero Jose Rizal, and the Tagalog language. 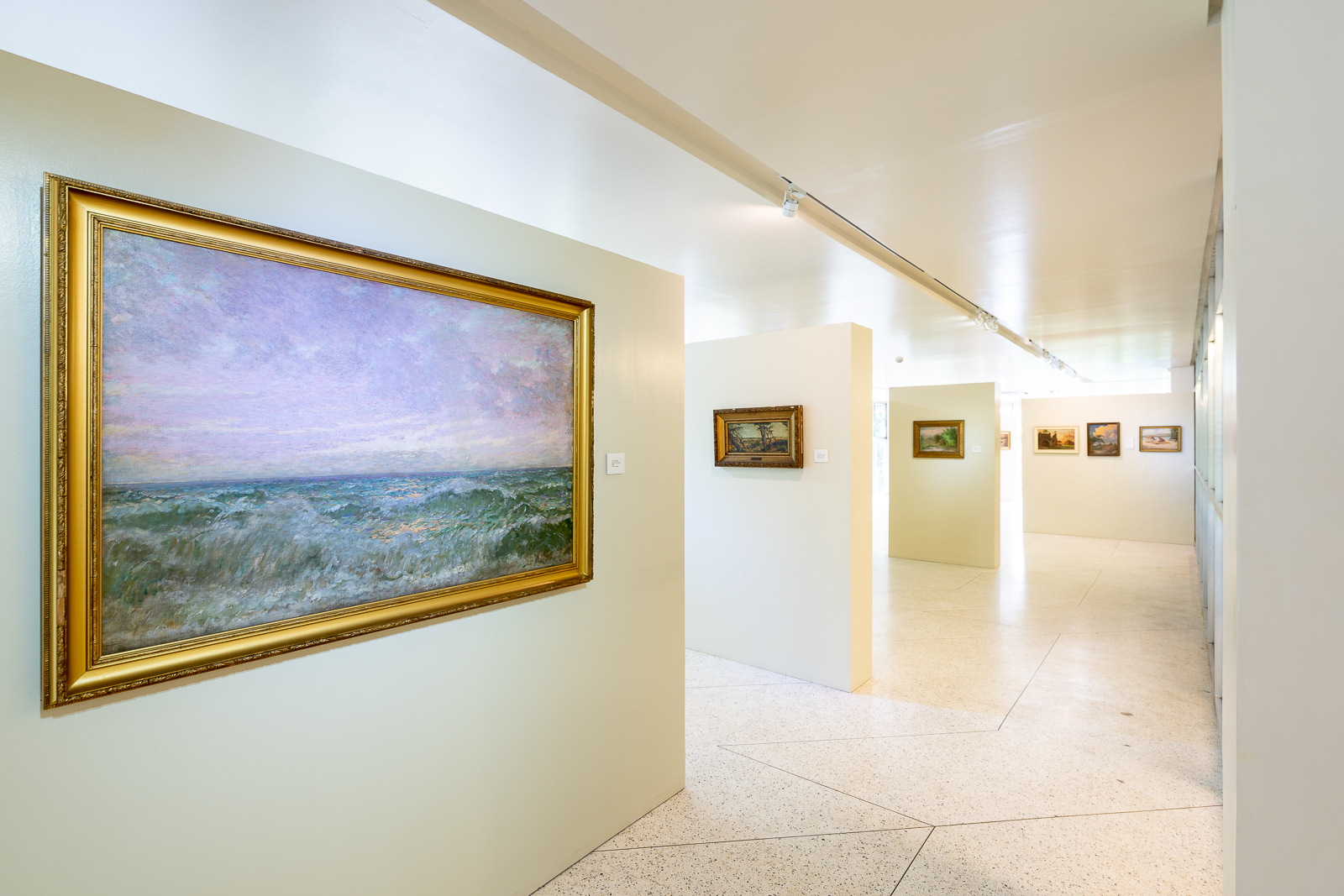 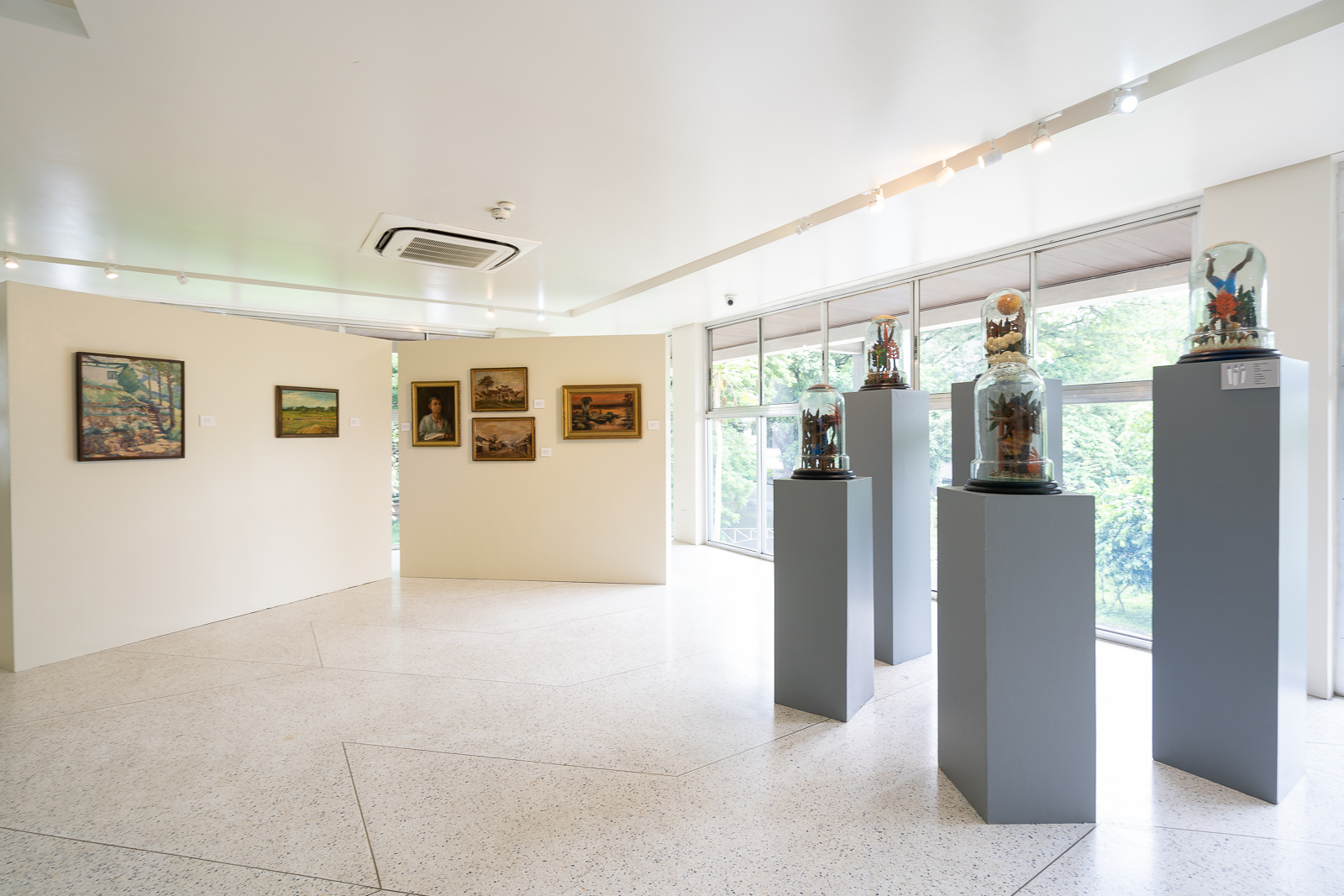 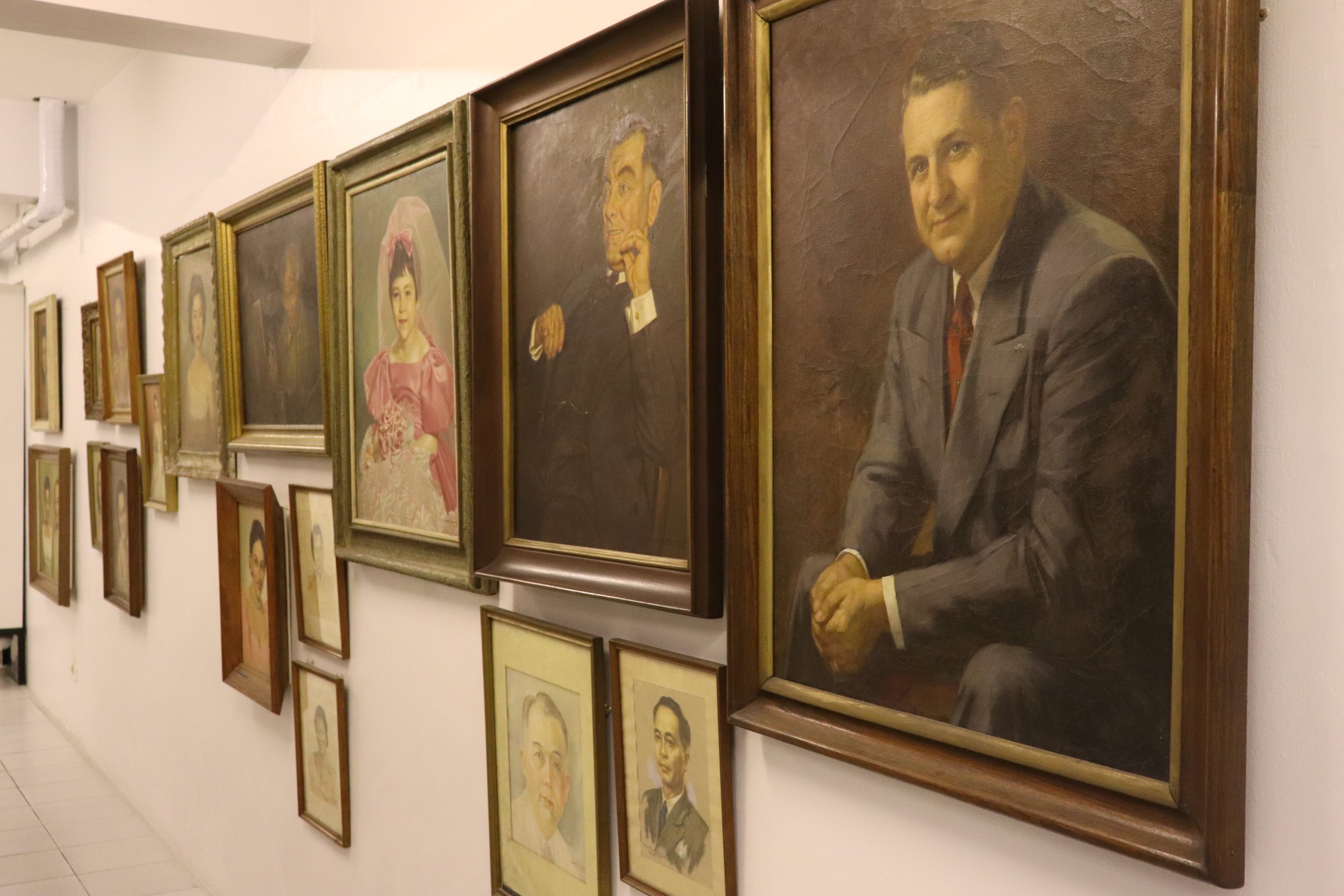 The Vargas art collection has over 500 paintings in its holdings. The works not displayed in the Main Gallery are hung in a parallel exhibition in the Visible Storage. Students, researchers, and  specialists are invited to view the collection at the Visible Storage, located at the basement of the museum.

The exhibition Jorge B. Vargas: A Collecting Life (Isang Buhay ng Pagtipon) at the South Wing Gallery on the third floor retells the life and legacy of Jorge B. Vargas. It is built around the concepts of Kawilihan (Fascination), Kasaysayan (History), and Kasanayan (Discipline) to inform the assembly of objects as well as annotate Vargas’s disposition, profession, and participation in the wider Philippine social life as a lawyer, civic leader, sportsperson, businessperson, and philanthropist. 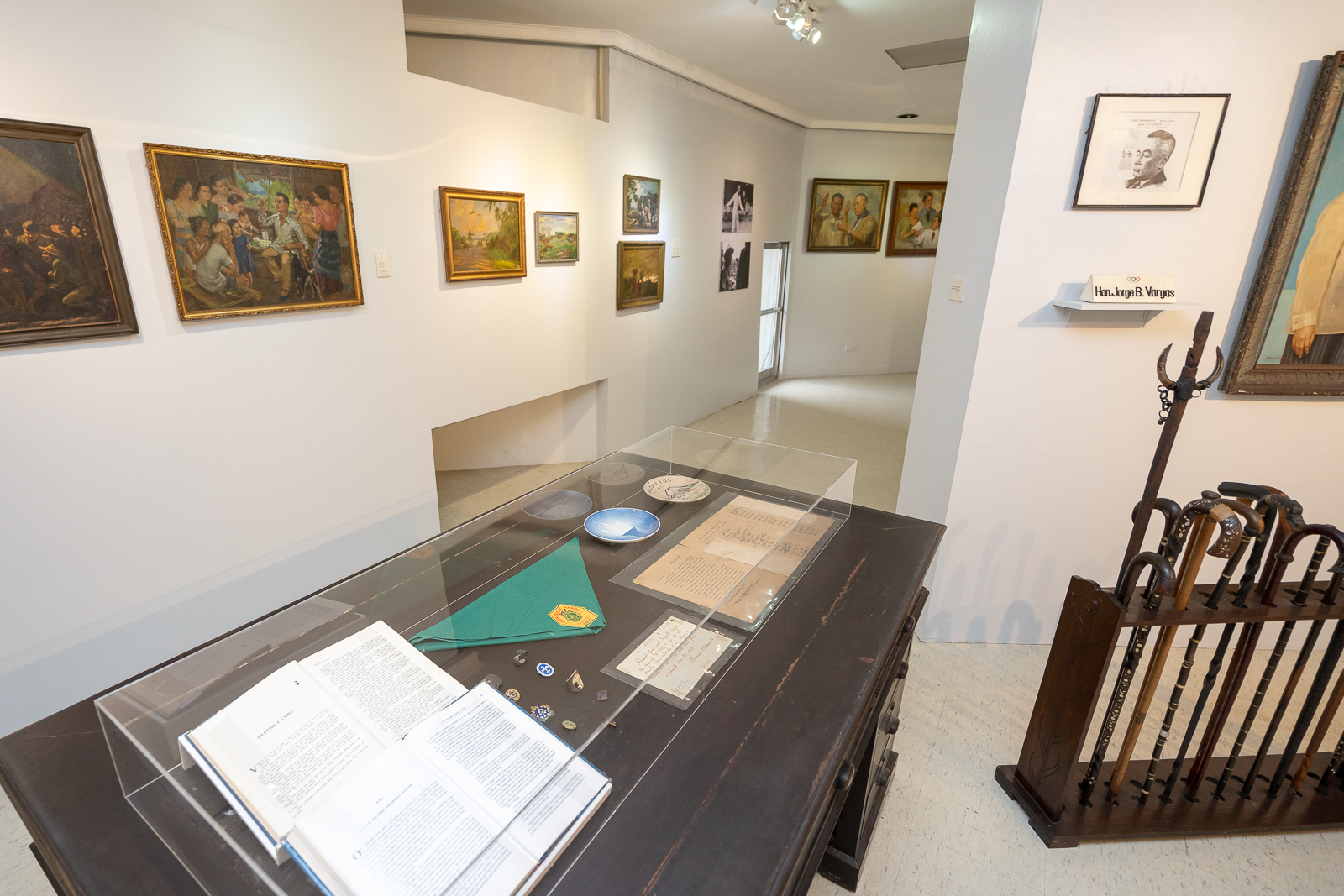 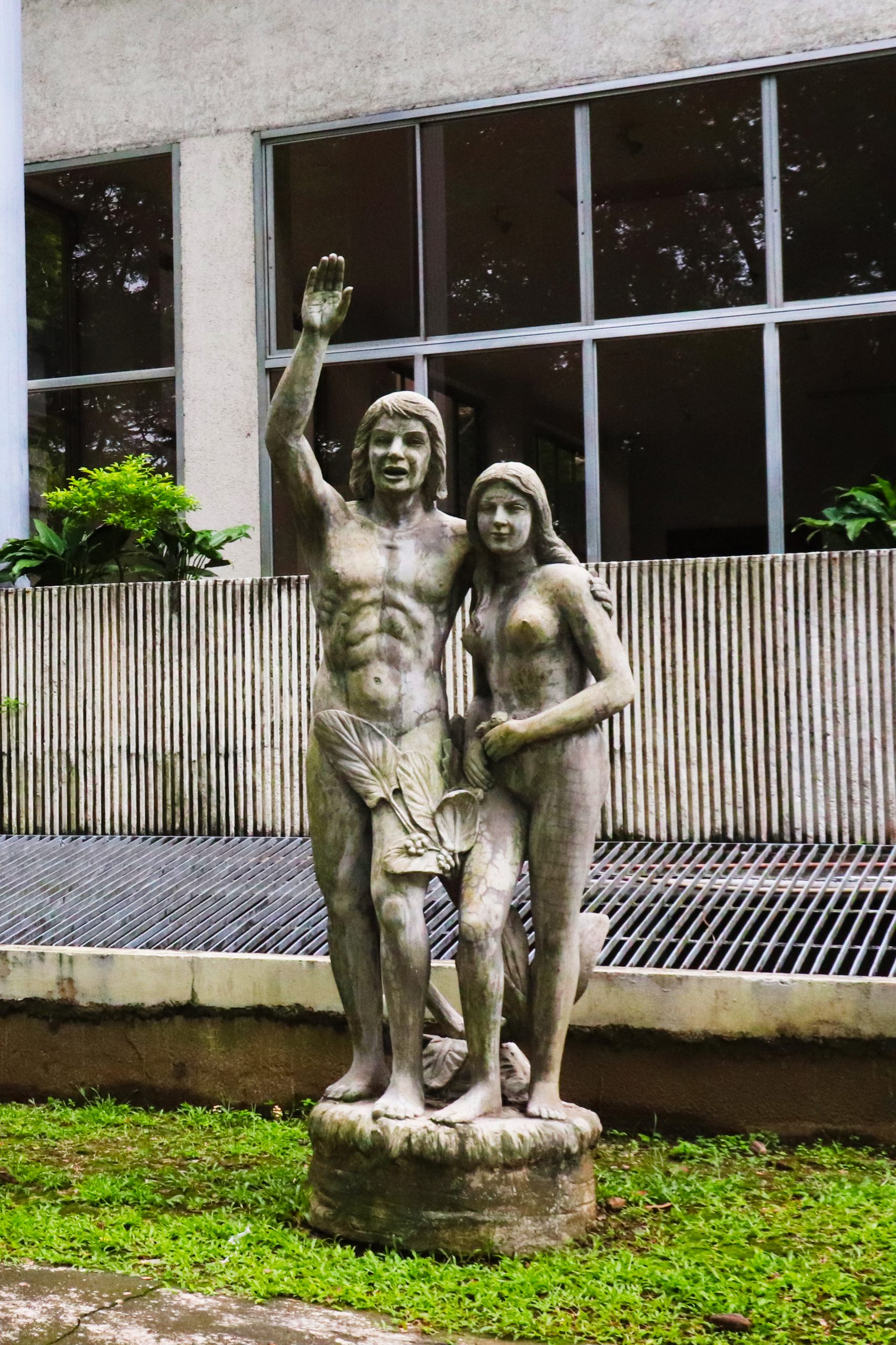 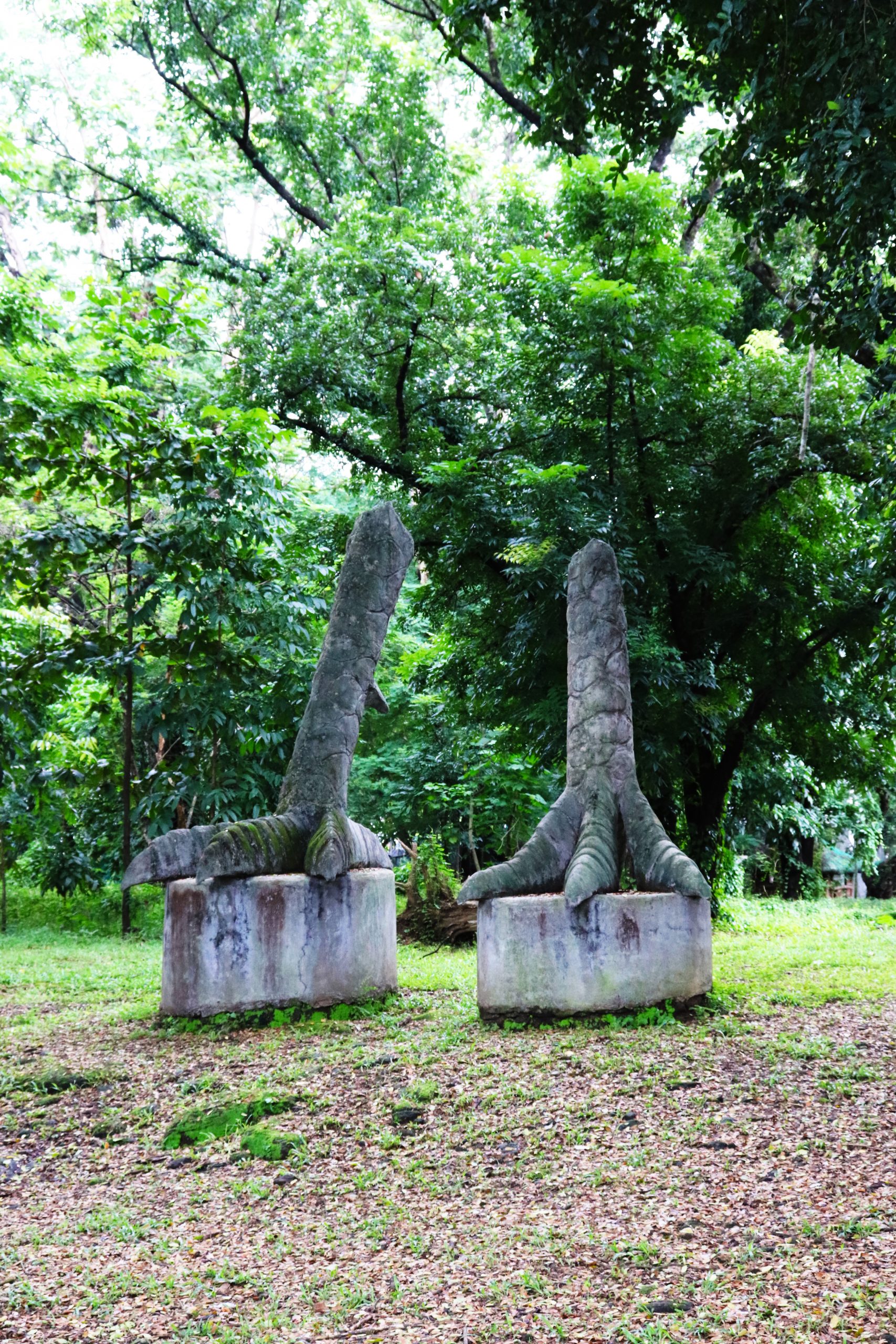 True to its mission to foster an awareness of the artistic heritage of our country, the Vargas Museum is home to public art. An abstract sculpture of Islamic calligraphy by National Artist Abdulmari Imao, perched on a concrete platform surrounded by sprawling trees, welcomes visitors. The edifice in itself speaks of its origin and historical context, a time when variations of the brutalist aesthetic held sway.

Two sculptures flank the steps leading to the museum entrance. First is Rajah Sulayman, attributed to Anastacio Caedo and which once used to guard the Vargas residence, a concrete cast interpretation of the leader of sixteenth-century Manila. The other is Pio Abad’s figurative sculpture, Malakas at Maganda. The sculpture is based on the eponymous sculpture by Anastacio Caedo, which is part of the Vargas collection; Caedo’s sculpture is a trophy presented to Mr Vargas, who won the Sports Leadership Award of the Year in 1974.

Produced by Goetz Arndt in 2011, Kidlat is found on the grassy lawn adjacent to the museum, and a part of the university’s sculpture garden. The concrete and steel rods allude to the lightning. At the front lawn is Cian Dayrit’s Artefact X, the artist’s undergraduate thesis work: two gigantic bird feet atop circular platforms, all in concrete, that question the objects’ artifactuality and function. Four concrete sculptures that serve as benches and complement the museum building’s modernist style frame the lawn and driveway of the museum; these are works by Gary Ross Pastrana and Stanley Ruiz, who were inspired by the lines and architecture of the First United Building in Escolta, Manila.

Aside from works that are permanently displayed within the building and its environs, the Vargas Museum organizes exhibits of public art that are ephemeral in nature, such as performance art and installations. The museum’s porch, steps, lawns, and posts provide spaces for these experimental projects.

Taking the cue from the gardens in the Kawilihan compound, the residence of Mr Vargas in Mandaluyong, the Vargas Garden is a venture of the museum in urban gardening in the field of art and culture and its ever-dilating persuasions. It seeks to promote the cultivation of plants while fostering collaboration with the community and honoring Mr Vargas’s fondness for land and its myriad yield. 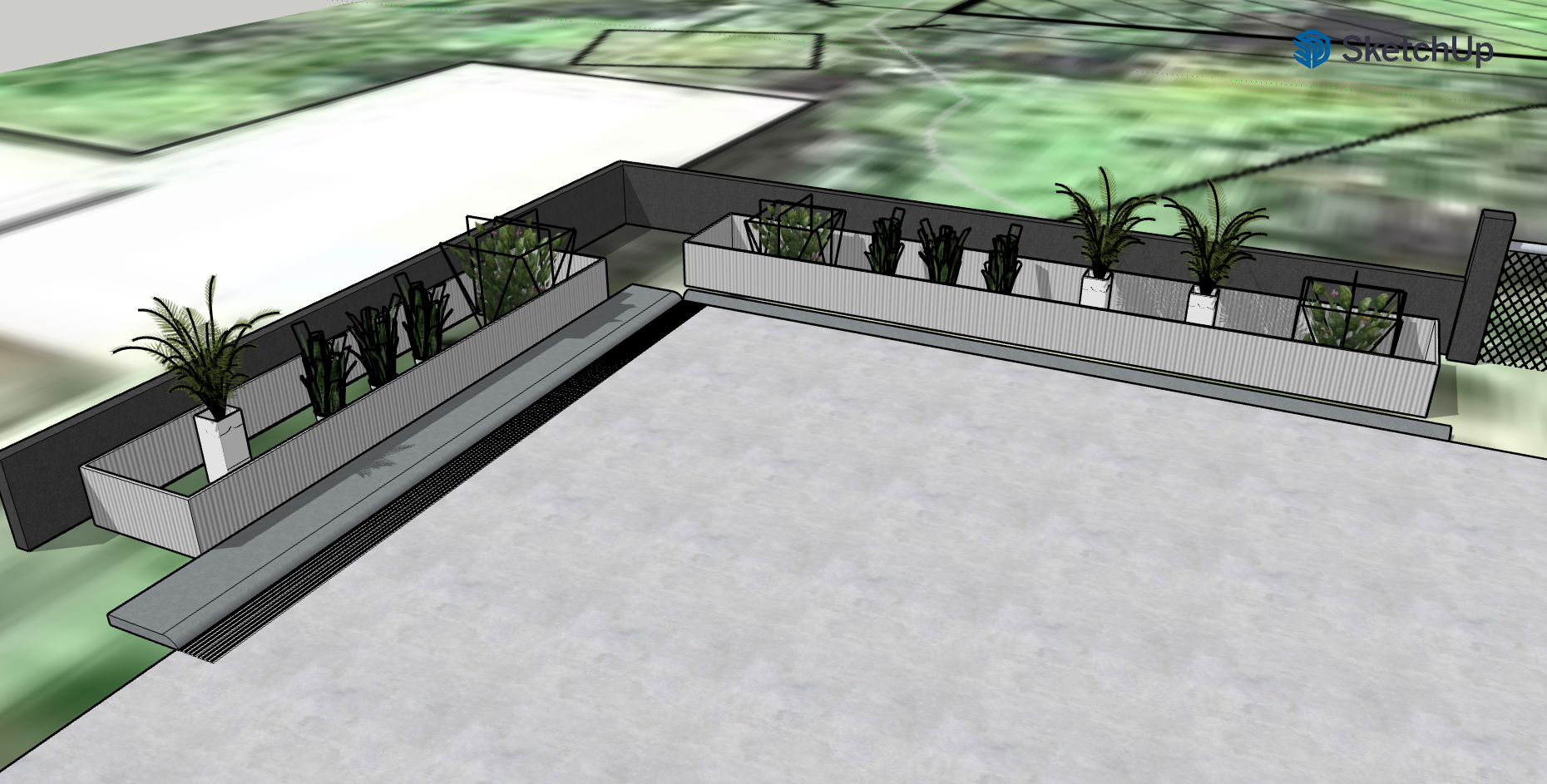