The UP Vargas Museum, in partnership with Artinformal Gallery and Radyo Katipunan, presents nature is never spent, an exhibition by Jason Dy, SJ virtually opening on 6 August 2021 at the 3/F Galleries, 1/F Lobby, and Basement. 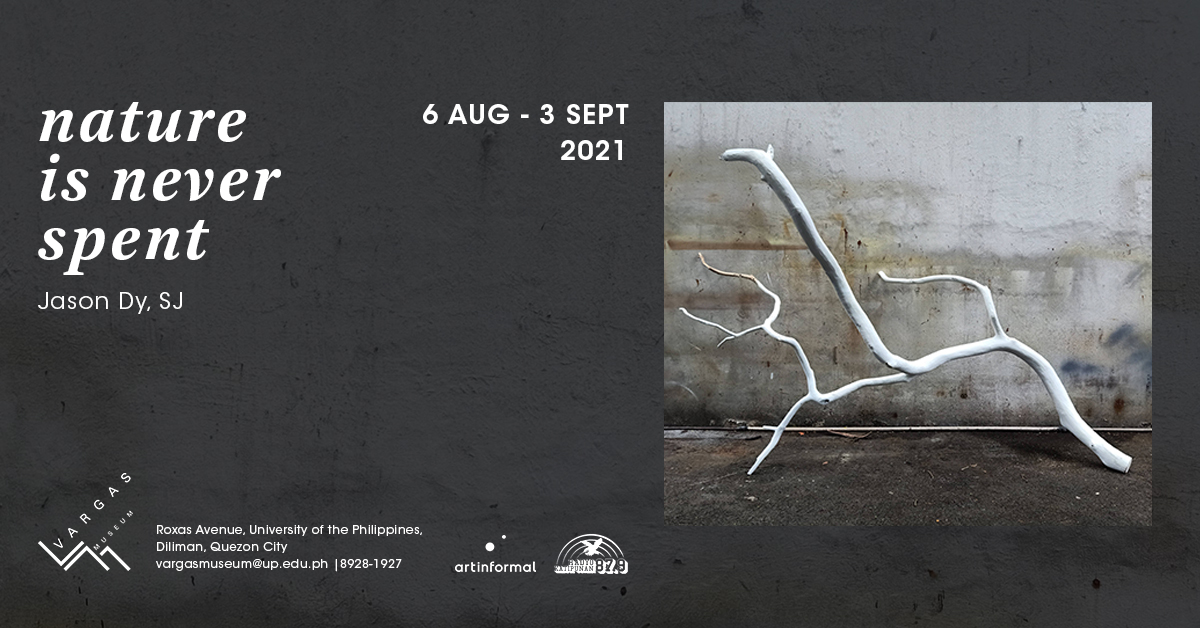 nature is never spent reiterates the assertion of the English Jesuit poet Gerard Manley Hopkins. Hopkins noted that even if all of nature “…is seared with trade; bleared, smeared with toil” by human’s excessive drive for material production and consumption, nature is never fully colonized, absolutely instrumentalized, and totally depleted.

During this pandemic, artist Jason Dy, SJ wrestles with the tense human and nature interaction, or even their severed relation as the COVID-19 virus continues to spread and infect many people as it mutates along with the scientific discovery of their antigens. There is not even definitive research on the origins of the virus—is it an experiment mishandled in a bio-laboratory or a biological evolution of a destroyed ecosystem? As a Catholic priest, he searches for nature’s enduring ground of existence. Hopkins refers to this as “the dearest freshness deep down things.”

Dy’s one-person exhibition at the Vargas Museum consists of assemblages on the conflicted relations between nature and humans; documents of his yearlong negotiations through floral arrangements; installations of nature’s carcasses of fallen branches, dried flowers, and withered leaves; and photographs of his performances for atonement and advocacy against violence. These works explore the botanical, philosophical, spiritual, and aesthetic dimensions of art and nature. They argue for the vitality of the destructive and regenerative powers of nature that humans are simultaneously drawn to and repelled by. Thus, the exhibition interrogates the human responsibility and relationship with nature in this new order/disorder. 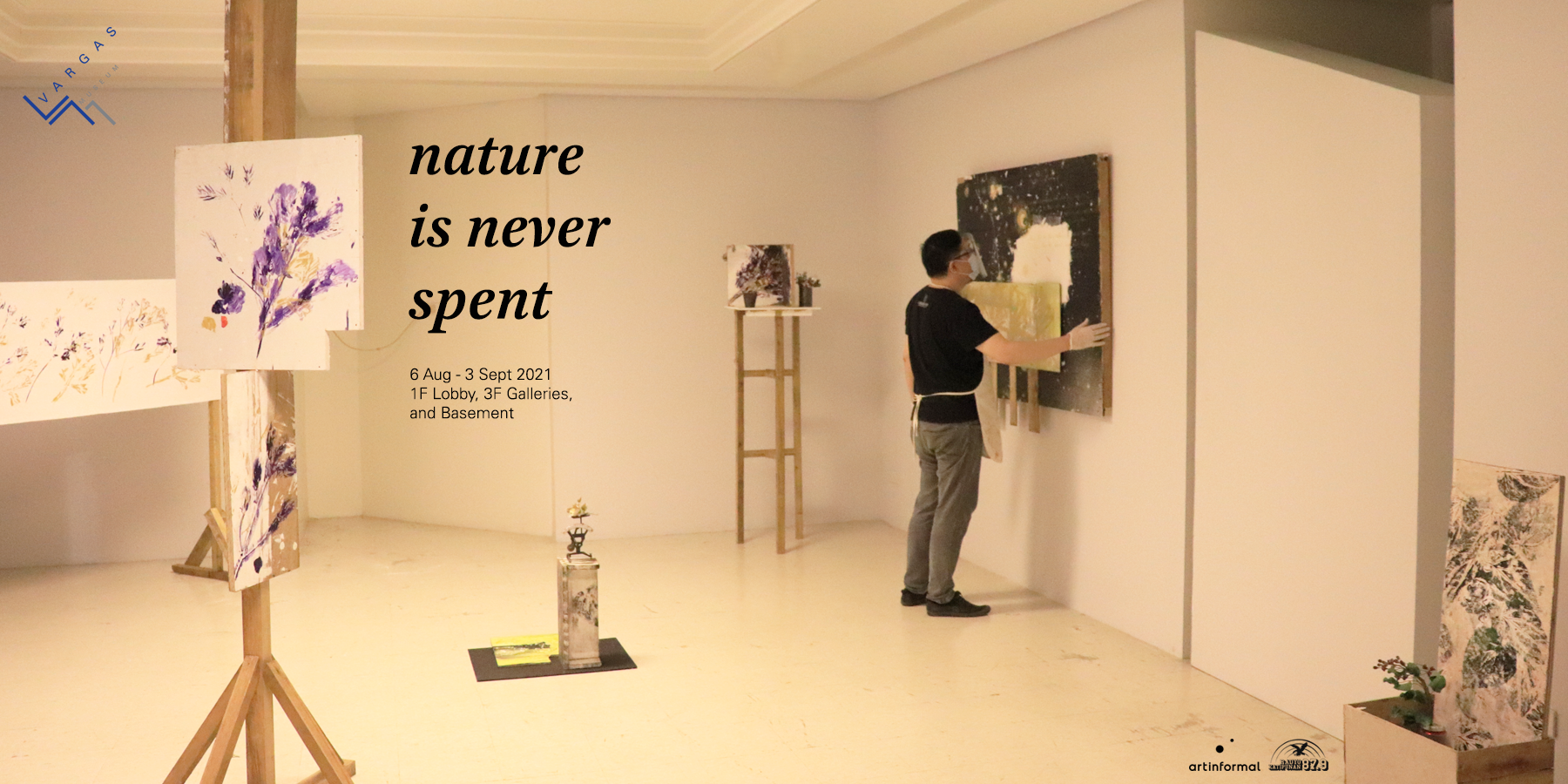 AM+DG 2021Jason Dy is a Jesuit priest and Filipino contemporary artist currently lecturing at the Fine Arts Department of the Ateneo de Manila University, Quezon City. He is a self-taught artist who developed his artistic interests by attending workshops, classes, conferences, and exhibitions, as well as integrating art into his studies in theology and his pastoral ministry. In 2013, after being a parochial vicar at Sacred Heart Parish, Cebu City and holding his one-person exhibition Testimony of What Remains at the Cultural Center of the Philippines, he pursued his graduate studies in the arts, acquiring an MA by Creative Practice and MA in Art History and Curating at Liverpool Hope University, UK.

Some of Dy’s important art projects include In Loving Memory, initially exhibited at the Sacred Heart Parish, Cebu City, PH (2009) then included in the contemporary Christian art exhibition Arte + Fe at the Pons Fundacion, Madrid, Spain (2011); Through the Valley of the Shadow of Death, a graduate thesis exhibition at the Liverpool Hope University, Liverpool, UK that essayed on death, mourning, and remembrance of the loving memory of his father (2014); the two-man show New Order curated by Ricky Francisco at the Lopez Museum, PH (2017); Barter, an art project in collaboration with Barangay Piis, Lucban at Project Space Pilipinas (2016); and Procesion de los Camareros, a response to the Japanese invasion of 8 December 1941, the day of an important Marian procession in Intramuros during the Spanish colonial period, which was a commissioned art project for the first Manila Biennale Open City curated by Ringo Bunoan with the participation of the fifteen pedicab drivers from Barangay 655, Intramuros, Manila, PH (2017-2018).

Click here to view the album of installation photos.
Toggle the Widgetbar